Dr. Sharma is a seasoned infrastructure professional with more than 25 years of experience. He has handled multiple

He has previously served the United Nations in Africa and Afghanistan. In addition to working on multiple projects in various parts of India, he has exposure to Infrastructure business in Middle East and European Countries. He is Masters of Technology from BITS-Pilani and BE (Civil) from University of Mysore. He has done MBA (Marketing) from NIMS, and also holds a Doctorate (Management & Operations) from Y. S. University Delaware (USA). In REPL, he spearheads many large-scale infrastructure projects including the Smart Cities.

Some of his major projects include the following-

Dr. Sharma is a member of American Society of Civil Engineers and CII’s National Committee on Urban Development & Smart Cities.

A post-graduate in Urban Planning with PG Diploma in Planning (Housing) from CEPT Ahmedabad, Mr Chaudhari has been a visiting faculty in Architecture Colleges in Mumbai and Pune. He is also member in Council of Architecture and Indian Institute of Architecture. At REPL, he is urban planner for Itanagar Smart City project.

Mr. Jaganniwas has 15 years of experience of civil engineering on projects across Dams, Highways, Bridges, and Water Supply. He holds M. Tech in Civil Engineering from IIT Roorkee and B. Tech (Civil Engineering) from GBPUAT, Pantnagar.

At REPL, he is responsible for planning and designing of infrastructure services such as Water Supply System, Sewerage System, and Drainage System.

He also has considerable experience of GIS based projects related to programming in Visual Basis and .net on Arc-GIS platform using Arc-Object. He is well conversant with Indian Standards and, Civil Engineering design software such as STAAD Pro, MX-Basic, .net, Fortran etc. 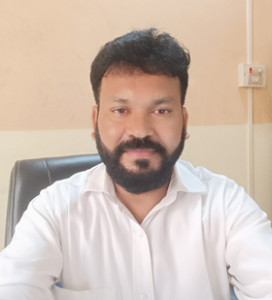 Mr. Babu has more than 22 years of experience in the field of Roads & Highways. He is well versed with feasibility study, rehabilitation, maintenance, quality control, supervision, and O&M. In REPL, he is leading the Manipur Road project. Before joining REPL he has worked with engineering firms such as Nagarjun Constructions, IL&FS Transporting Network, and Gammon. He holds B. Tech. degree from Jawaharlal Nehru Technological University and M. Tech. from Calicut University.

Did you find apk for android? You can find new Free Android Games and apps.